It appears Google Deepmind has suspended use/“pilots” of their experimental app until they have received regulatory clarification – ie, until it is legal.

The controversy has never been about whether the app would help clinicians with their patients. It has been entirely about what happened for people who were not patients of those clinicians. Some of questions from over a week ago remain unanswered. “Collect it all” might have applied to version 1 of the app, but they now have first hand experience of how it makes things harder not easier.

Tech teams often like naming their work. Perhaps the next version will be “Streams 2: This time we read the regulations”…

Google Deepmind could have followed the rules about applications for direct care, and the usage of data for “development work” (ie, “secondary uses”). They just didn’t, for some reason that we will ask their independent reviewers to get to the bottom of.

The app deserves to come back safely, if the humans running the project can follow the rules to get the data and processes that they wish to bring to the NHS. Nothing in our understanding of what they were doing, and the existing rules, should have prevented from doing this “pilot” (apparently), entirely legally, with conventional legal agreements. They simply didn’t do so. 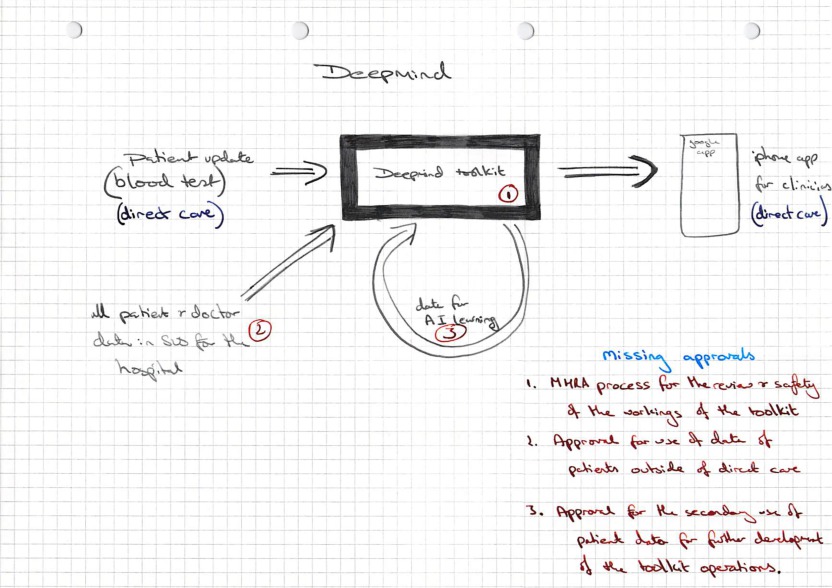 3 thoughts on “Update on Google Deepmind’s NHS app – is it “just resting” ?”